This cobbled street near Margaret Bridge leads to the tomb of Gül Baba. As you may know, the majority of Hungary—including the territory of present-day Budapest was occupied by the Turks from 1541 to 1686. Gül Baba was a Turkish holy man, an Ottoman Bektashi dervish poet, and according to a legend, the one who introduced roses to Hungary Gül Baba is thought to have died in Buda, and his tomb is now a museum and a meeting point for Muslim pilgrims, gül Baba street is a unique place in Budapest because it is one of the oldest and the steepest streets in the city.

During the 14th and 15th centuries it was enlarged several times. During the first-half of the Turkish occupation it remained the only Christian church in the Castle; during the second-half it was converted into a mosque. Following the defeat of the Turks in 1686 it was given back to the Franciscan Order, who demolished most of the church except for the tower, and used the stones to build a new single-nave church, in the Baroque style, as a result of the damage sustained by the church during the 2nd World War.

Gellért Hill in Budapest, Hungary was named after Bishop Gellért, who was thrown to his death by pagans in the fight against Christianity in 1046, the choice of location is fitting since this was the place where Bishop Gellért was tied up and pushed down into the river, his statue can be seen from many parts of Budapest, the Gellért Hill Cave is part of a network of caves within the hill. Saint Istvan, a hermit who lived there is believed to have used the natural thermal water of the lake next to the cave to heal the sick.

Buda Castle is a whole district that includes the historical castle and palace complex as well as museums, cafes, churches, and other interesting places, however, one of its best treasures is hidden the sculpture garden at the Koller Gallery, the Koller Gallery is a three-story atelier-house and the oldest private fine art gallery in Hungary, in addition to its stunning indoor collection, it also features an intimate sculpture garden, the garden is an oasis between the stones, where you can relax and enjoy the beauty of art. 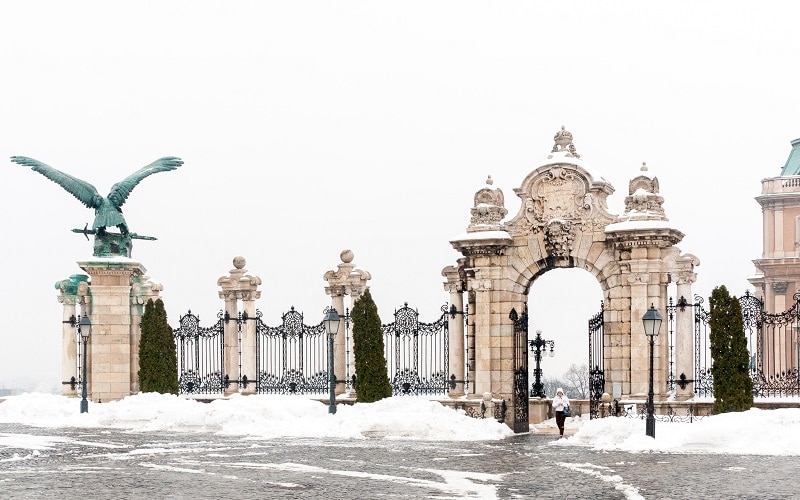 Vajdahunyad Castle, now home to Budapest’s Agricultural Museum, was built in 1896 but looks much older because it was designed to showcase the evolution of European architecture and features both Gothic and Baroque details, the locals adore the castle and its small, artificial lake. Part of the City Park (Városliget), it is close to Heroe’s Square and the Széchenyi Thermal Bath, opposite the castle’s main entrance, you will spot a mysterious statue: a man with a hood on his face.

Szechenyi Baths (built in 1913) is the most visited and much praised attraction in Budapest: relaxing, fun, affordable and, at night, romantic. In addition to the marvellous medicinal natural hot spring waters in the 18 pools, there are 10 saunas / steam cabins, several massage therapies, facial treatments, and more. Szechenyi Spa Baths is in the biggest green park of Budapest, in the City Park, close to a bunch of Budapest attractions. The Neo-baroque palace was specifically built for hosting Szechenyi Baths as Hungary has been the country of baths (and Budapest the City of Baths) for many centuries: starting with the Roman settlers who built the first spa baths, through the 16th century Turkish occupiers who built many of the famous and revived Turkish baths in Budapest to the 19-20th century natural medical trends that promote aqua therapies and their deeply beneficial effects.

Heroes’ Square and the Millennium Monument

The impressive Heroes’ Square (Hosök tere) was largely the work of architect Albert Schickedanz, who was also responsible for the huge Museum of Fine Arts that flanks this large open space. Highlights include the Millennium Monument, a 36-meter column crowned by a figure of the Archangel Gabriel and unveiled in the late 19th century. Around the plinth can be seen a group of bronze horsemen representing the conquering Magyar Prince Árpád and six of his fellow warriors. On either side of the column, colonnades extend in a semi-circle, and between the individual pillars stand statues of Hungarian rulers. Above the corner pillars are beautiful works in bronze by Zala.

The Danube (or “Duna” in Hungarian) flows through Budapest from north to south, and in some places within city boundaries is as much as 640 meters wide. One of the top free things to do in Budapest is strolling along the Danube Promenade (Dunakorzó), a pleasant century-old riverside walk that extends between the Elisabeth and Széchenyi Chain Bridges. Although there are many places from which to enjoy views of the majestic river as you stroll its banks, the Danube Promenade is definitely one of the best vantage points to take in views of the city’s stunning architecture. It’s also on the banks of the Danube that you’ll find the chilling Shoes on the Danube Bank memorial, a series of 60 pairs of steel sculpted shoes commemorating Jews shot here by the Nazis. It’s a poignant and moving reminder of the Nazi atrocities suffered by Hungary in World War II.

Another of Budapest’s most striking features is the panoramic Gellért Hill (Gellért-hegy), a 235-meter block of dolomite that falls steeply down to the Danube. It’s here along the hill’s geological fault line that several of the city’s most famous medicinal springs emerge to supply the Gellért Spa and Rudas Baths, which have lured visitors from far and wide since the 13th century. The Rudas Baths are one of a handful of buildings remaining from the Turkish occupation, and are among the few original Turkish bathhouses in the world still in use that date back to the 1600s.On the hill’s northeast slope is the Gellért Monument, a tribute to Hungary’s beloved famous saint, a Benedictine monk who died in 1046 and after whom the hill is named. Perched high above a man-made waterfall, it offers magnificent views over the city. The Citadel on the summit was built by the Austrians in 1851, and the Liberation Monument was erected in 1947 in memory of the Soviet soldiers who died fighting in WWII.

Said to be one of the world’s oldest still-operating zoos, Budapest Zoo & Botanical Garden (Fovárosi Állat- és Növénykert) is one of the top things for families to do when visiting the city. Established over 150 years ago, the park is home to over 1,070 different species of animals, and has the rare distinction of being located in the heart of its host city.
In addition to its well-preserved Art Nouveau animal homes, this top-notch zoo park features a nature reserve, themed animal enclosures, and a variety of kid-friendly programming including feeding opportunities. If you’re not in a big hurry to leave, hang around for one of the regular evening concerts.